Do we really have a right to Freedom of Expression?

Do people want to hear my opinion?  Am I going to give my opinion anyway, even if people don’t want to hear it?  Do we even consider this before we make comments or statements?

We all believe we have a right to freedom of expression, which includes the notion of ‘free speech’.

Social media has provided a platform for anyone and everyone to express their opinions or beliefs, whether to a small number of others or to mass audiences of millions.

Do we have a responsibility for what we put out there?

For instance, is it okay to direct others to what might be thought of as ‘extreme’ material? There are different examples of this such as information linked to terrorist organisations or terrorist acts. Or to sexual content that some might consider beyond reasonable for public viewing, particularly if it was viewed by children, or to information on the most effective ways to commit suicide.

Sometimes we simply forward material sent to us by someone else without really understanding what it is, or without looking into its validity.

We might forward things because we believe it’s something others ought to be made aware of , examples of this might be the various ‘conspiracy theories’ that surface from time to time, such as those around the origins of Covid.

Do we have any responsibility for our actions here, should we try and validate the information before ‘retweeting’ etcetera.

Or do we believe that the responsibility lies with the person at the beginning of the process, the originator? Or with the social media platform who should monitor the content?

Is it the duty of the state to protect its citizens?

There are a number of laws that attempt to govern our freedom of expression, to limit what we say and do on behalf of the state or the wider community. But as we are all aware a large amount of material does make its way into the public arena that may break these laws.

So, as it stands is the law, or are the social media platforms managing the situation?

Do we believe that no-one should be managing our freedom to express ourselves?

If we truly have the right to free speech, should there be any restrictions on what we say?

Should we be able to encourage others to support extremist views, or to place any level of sexual content freely out in the public arena? Should we be able to vex our anger and hatred in any way we like towards individuals or groups that we don’t like?

Does living in a democratic society mean that we are free to do these things?

Freedom within a democracy requires a team effort and requires us to be as respectful of the rights of others as we want others to be respectful of our rights.​ It requires give and take.

It requires some level of responsibility. We can’t expect to get our own way all of the time, can we? At elections we can all vote for our preferred party or candidate but only one can win. Some of us therefore have to accept that our candidate or party lost so we accept being governed by someone else’s choice, this is part of our democracy. 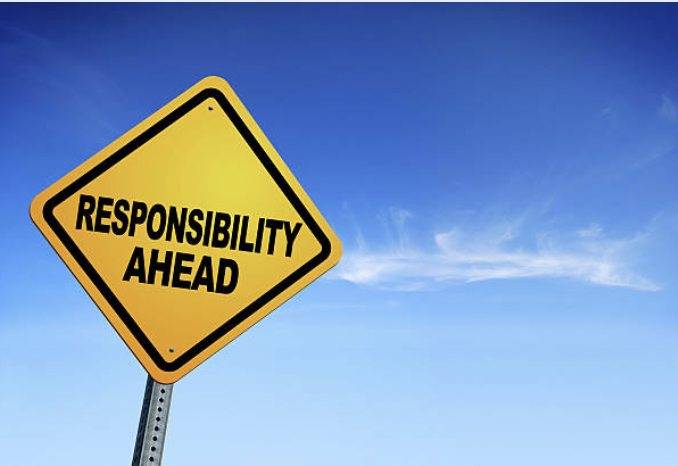 The case of Harry Miller versus the College of Policing appears to support the view that it can be okay to be offensive. Former police officer Mr. Miller who refers to himself as ‘gender critical’ had made remarks on social media that someone reported to the police as offensive. The upshot of this case is that the police were asked to look at their training around the recording of non-crime hate incidents, as the courts decided that the police’s actions in this case were disproportionate.

Also, in May 2021 the Department for Education and Office for Students published a document within which the universities minister Michelle Donelan stated, “The government has been clear throughout that it is important to distinguish between lawful, if offensive, views on one hand and unacceptable acts of abuse, intimidation, and violence on the other”. The Higher Education (Freedom of Speech) Bill will bring in new measures that will require universities and colleges registered with the Office for Students to defend free speech and help stamp out unlawful ‘silencing’. 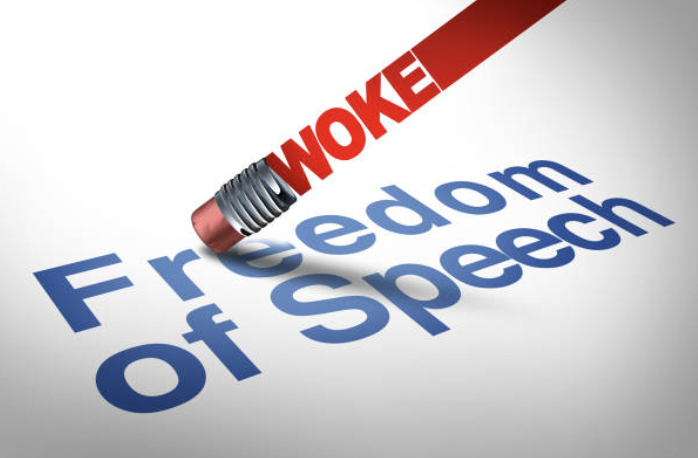 Is this a reaction to what is being termed ‘wokeism’, including de-platforming and cancel culture? What is being ‘woke’? It was originally an expression that meant being ‘aware’ of injustice in society particularly racism and social injustice. ‘De-platforming’, is the action or practice of preventing someone holding views regarded as unacceptable or offensive from contributing to a forum or debate, especially by blocking them on a particular website. ‘Cancel culture’ was originally meant as some form of meaningful accountability for public figures who are typically answerable to no one.

Have these concepts been over-used, and enveloped in much more than their original intentions?

Has the idea of ‘wokeism’ come to represent the antithesis of freedom of speech?

Do people now feel that they can’t give their view for fear of being ‘cancelled’, or ‘de-platformed’, of being struck by the tools of the woke brigade?

Is being sensitive to others issues not okay? Or are we seeing a reaction to people who are seen as taking this too far?

Do perspective and empathy have any role to play in how we use our freedom of expression? If I can’t see another’s perspective, or have some understanding of how a situation feels for them, can I act responsibly in my execution of my freedom to express myself? As well as a legal framework around freedom of expression is there also a place for morality? Is there a balance to be struck between the rights of the individual and the rights or needs of others?

How do we decide what is or might be harmful to others?

Do we need to be able to distinguish between hate speech and speech we hate?

Who decides what is appropriate and what is not in terms of expression of views, ideas, thoughts, speech?

Should there be free exchange of views, ideas, thoughts, and speech?

By cancelling or de-platforming certain views we might drive them underground, and not have the option to engage in reasonable and reasoned debate around them. The state has passed a series of laws to attempt to manage some of this and appears to be intending to put the responsibility on social media platforms to manage content on their sites. But as mentioned earlier this doesn’t appear to be failproof.

So how do we as a society decide what is appropriate freedom of expression and what isn’t?  Where are the limits, where is the line drawn? Or is it open house (unless the law catches you)? Is it down to individual morality, to each of us taking responsibility for our own actions, and being accountable for any consequences of our actions? Particularly on social media is there a lack of accountability?

Is it possible to have a moral approach across society, do we all have a similar notion of what is right or wrong? Is there a space for open-mindedness? So much debate appears to be binary, something is either right or wrong (and some seem to take the approach that if you disagree with them then you must be wrong). Do we find it hard to be open-minded, as this suggests we could be wrong?

One way or another, we have plenty of food for thought! 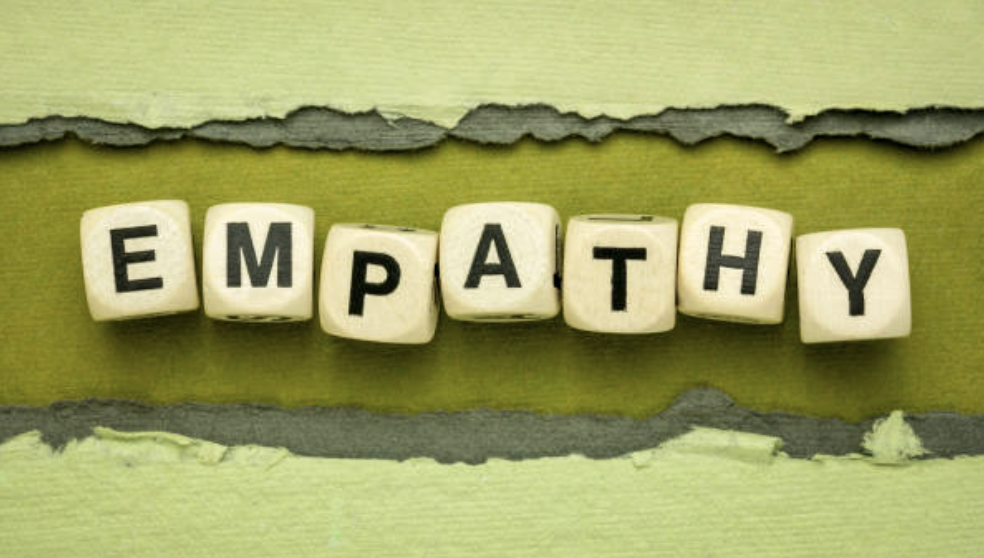 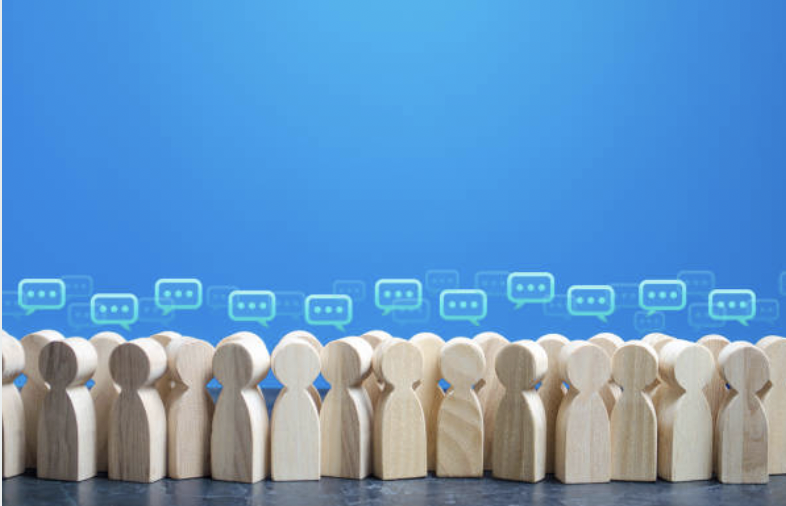 With thanks from our sponsor:
Endeavour Health Charitable Trust